An existing Inter-War Federation dwelling is wholly improved by a ground floor re-design and first floor rear addition, while retaining the majority of the original fabric in response to the pattern of established conditions in the public domain.

The first floor addition is a direct and appropriate response to the building height plane, rear and side setback controls, and an extrapolated existing front roof angle. It draws upon existing alignments and a play on symmetry to present as an extruded gable-end form that interprets the formal quality of the original dwelling. It is considerably setback from the street to not dominate views from the public domain, while also of a scale that is sympathetic to the original masonry structure. It accommodates two bedrooms, two bathrooms, a stair hall and a study.

The ground floor retains an existing front bedroom and entry hall, and inserts a new bathroom and laundry within the shell of an existing second bedroom. New kitchen, dining and living spaces are arranged partly within the existing fabric and partly within a newly defined lightweight envelope to the extent of the existing rear setback - thereby retaining the rear open courtyard area on the site, while vastly improving the internal amenity of the dwelling and its connections to the exterior.

The design incorporates timber flooring, timber cladding, timber framed pivot windows and sliding glass doors, mirroring some of the materials of the existing dwelling to contextualise the building form, while allowing it to be interpreted as recent work to the original dwelling. 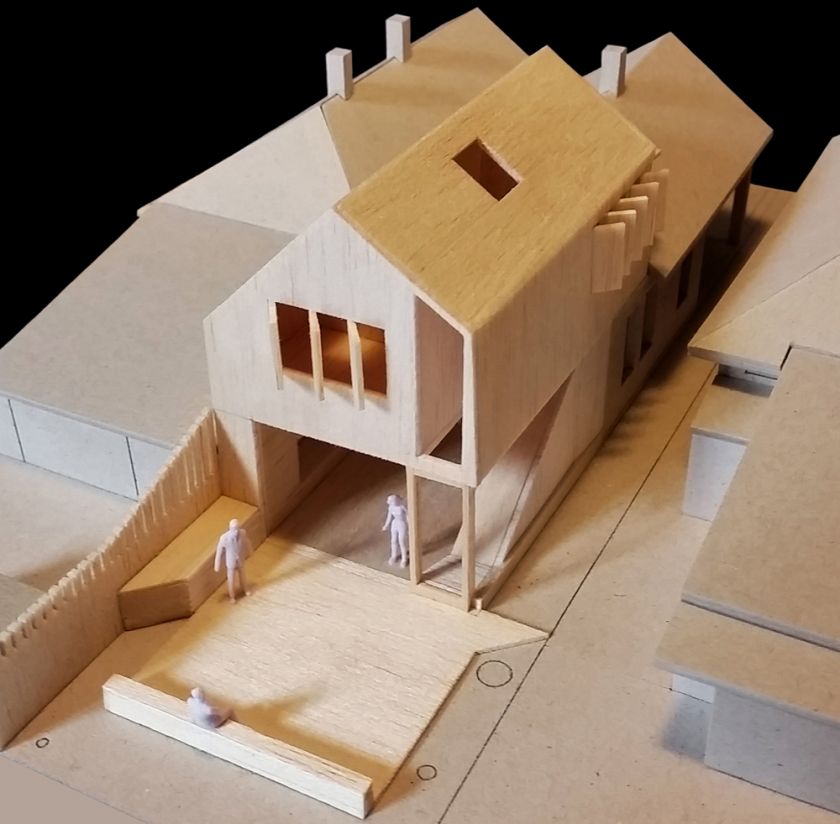 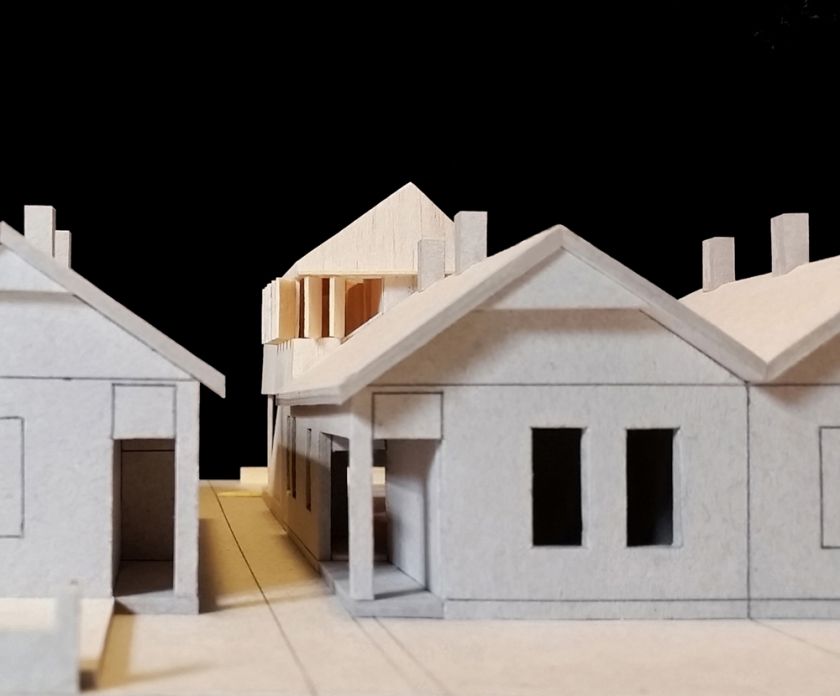